It was an era long before live news broadcasts with foreign correspondents, skype and instant tweets. A time when news was delayed yet not slow enough for the horrors of a little “skirmish in the jungle” (as my dad always says) being fought in Vietnam. Young men in the US were being drafted and deployed and coming home not to their young wives but in body bags for burial. A student deferment kept my fathers draft card at an uneasy distance. One day that all changed, in August 1965 all men of fighting age were to be ready for war not if but when their draft number was called – the only acceptable deferment was marriage. My father and mother had wedding plans for September 1965, only two weeks past the August date. My father, a boy of only 20 was eager to say I do to my mother, 19, sooner rather than later. With the fear of war they hopped on one of the last flights out of Los Angeles, bound to say and early ‘I do’ amongst other would be draft dodgers packed inside a tacky Las Vegas chapel. They were married, again, two weeks later no family or friends any wiser to the fact that they had already technically tied the knot.

I leaned my head against the hot window staring as the dense green jungle passed by; my thoughts raced as we entered a land that my dad and so many others had fought to avoid and worse a place where so many people had died. Anxious to experience a much-anticipated country, I had heard on the well-worn travel path that the Vietnamese were cold and all business – I would try to keep an open mind. 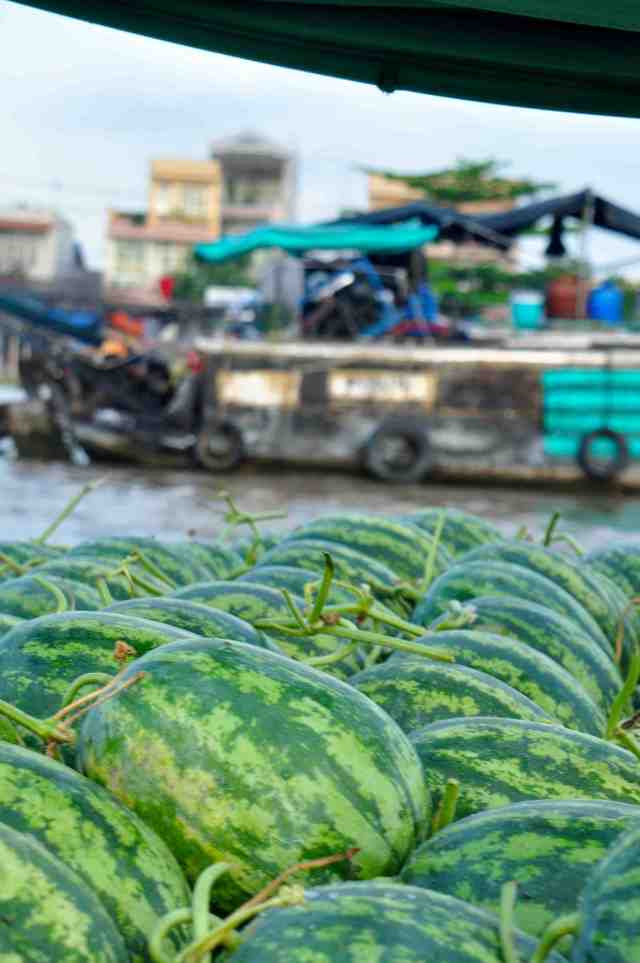 My first stop in the South was a “homestay” along the Mekong Delta in Can Tho, Vietnam. Celine and I booked two nights at Hung Homestay thinking we were really staying in a home. Oh foolish girls, we realized quickly that staying in a “homestay” wasn’t actually in the peoples home but in a small little room overlooking the delta. Regardless Hung’s family fed us a traditional Vietnamese dinner and the next morning took us on an early morning cruise in the long tail boat through the murky water of the Mekong Delta.

My eyes popped open not from the faint smell emanating from the Delta, but from the first shot of Vietnamese coffee, a thick tar like substance served with sticky sweet condensed milk. The boats along the river arrived early around 4:30am with different products like rice, fruits, vegetables, chickens and who knows what else. Our boat slowed so we could float amongst the sellers and buyers bargaining and greeting one another in the famous Cai Rang floating market.  Hung pointed out which boats were selling boats, on a tall pole the goods were raised like a flag announcing to buyers what was available. It was an incredible scene, the small buyer boats would pull up along side the sellers and transactions would easily take place and instead of a drive through a woman would sell steaming breakfast soup and cups of coffee along the river. 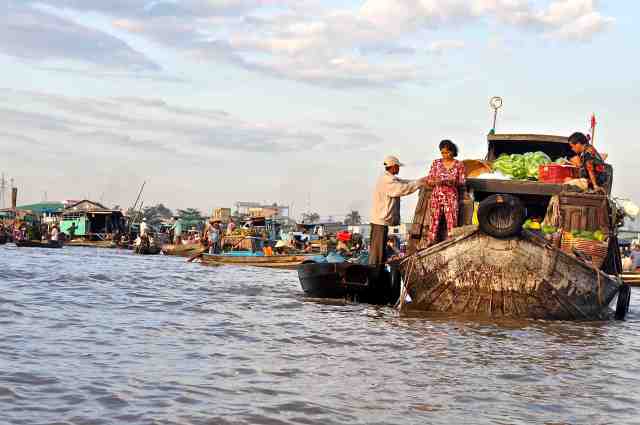 As the sun started to rise over our heads Hung lent us a ubiquitous conical hat worn by the woman on the river. I had finally arrived in Nam, just in time for breakfast!