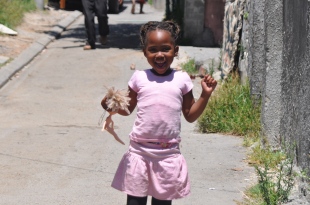 The history of apartheid and what I, as a semi-open minded American, would consider racism was one of the most interesting pieces of my experience in South Africa.  The terms black and colored are used frequently and even though the Capetonians consider themselves inclusive of all races I feel they still have a long way to go regarding equality. After hearing several people refer to others as either black or colored I had to ask what it meant. To me hearing the term colored seems like something one heard in the 50’s and 60’s before the civil rights movement in the United States. In South Africa calling someone black or colored is not considered derogatory; colored is not black but a person of mixed decent and black is black. I couldn’t help but think, aren’t we all “mixed” decent? I’m part Polish, part Russian, a little German and probably a little of something else. 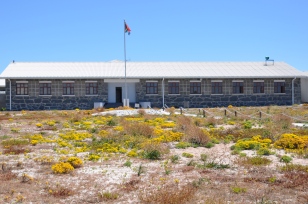 Since Apartheid is such a huge piece of the history I decided to visit Robben Island on my first day. It was very interesting and also a great way to get a tremendous of view of the famous Table Mountain.  BTW, Table Mountain was just admitted into the New 7 wonders of nature. Part of the tour of the island is in the actual jail where people like Nelson Mandela where 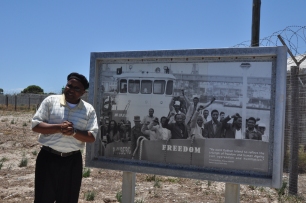 imprisoned. The tour is led by an ex-prisoner which adds a certain piece of authenticity to the tour. 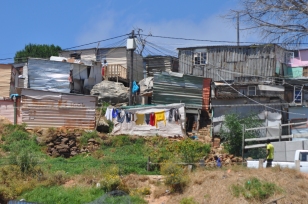 I continued my journey to understand apartheid and the community by visiting one of the many townships. Townships are scattered across South Africa; they are shantytowns that were started for the black and colored people on the outskirts of cities during apartheid. The townships continue to grow today and people do not pay rent on the land. The township I visited was

literally a garbage dump with little tin structures and rudimentary construction. There are convenient stores, bars and even schools built to form entire communities; they have electricity and sewage, but water is typically shared including bathrooms and washing facilities.

December 1 is a good day for museums in Cape Town because unbeknownst to me it was slave emancipation day and all the museums I visited were free. My first stop was the area of Bo-kaap. Bo-kaap is an area near the Cape Town City Center that was once the home to the slaves who were imported to the Cape by the Dutch during the sixteenth and seventeenth centuries.

The houses in the area are now brightly colored (and seem to be gentrified) but the small museum told an interesting story of a time in the not so distant past of slavery, apartheid and 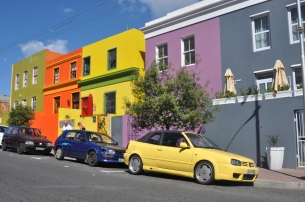 the history of the area. I also visited the Slave lodge, one of the oldest buildings in Cape town that was once a holding place for the slaves, then Supreme Court, and currently the SA Cultural History Museum.

Although Cape Town is very westernized it gave me a good taste of the old and new life in South Africa and left me wanting to return to explore even more of the culture.

1 Response to Black, white and colored