I arrived in Siem Reap ready to visit some of the most famous religious temples in the world. A little overzealous, I thought it would be fun to rent a bicycle and see some of the smaller temples in the area on my first of three days; this was foreplay, building up to seeing the grand daddy, Angkor Wat. I started the hot and humid ride by taking the wrong turn and having to double back to the ticket office – not normally a big deal but when it’s hot and humid any extra km makes a difference. 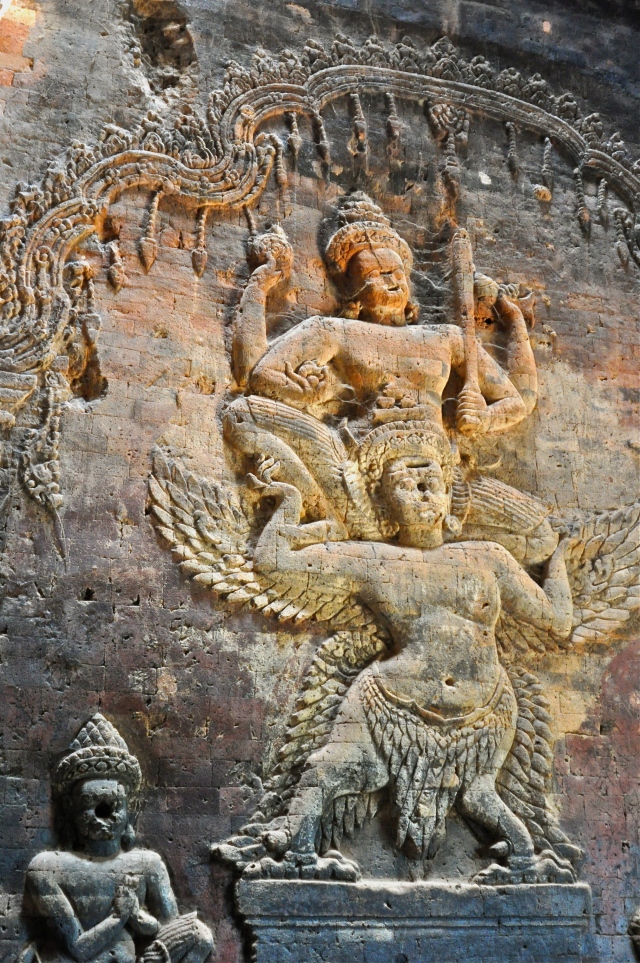 Before reaching the first temple I stopped for a dollar coconut, there was no coconut meat inside – I was kind of bummed but I continued on the ride determined not to let the lack of meat put a damper on my first morning. I bought a mango for a dollar then stopped and bought some mystery fruit on the side of the road for another dollar. Please note – most transactions seem to be one US dollar, no matter if it’s one mango or ten mystery fruits, luckily the atm’s even give money in US dollars because I was fresh out by the time I arrived in Cambodia. I saw one small temple, then another slightly larger one and managed to get by without buying any books, typical Khmer scarves, or other things for a dollar.

Mid-morning I stopped by a lake and to snack on my mango and mystery fruit when two schoolgirls came over and wanted to chat; people in Cambodia love to practice their English, I was happy to have some company and hopefully unravel the mystery fruit. Through our conversation, during their lunch break, they kept opening new fruits trying them and pronouncing them sweet. I thought even the “sweet” ones had the foulest taste so I gave the appreciative girls the rest of my mystery fruit and ventured on to see more on the. I have to admit the stone and rock temples eventually all started to look alike in my glassy eyed state, so I caved and bought one of the books.

Between the temple with the big tree jutting out of the stone wall and the temple with the four elephants it occurred to me that riding an old beater bike on partially dirt roads with Chaco sandals, jean shorts and a very warm water bottle in the basket was nothing like riding on my nice road bike, on real roads with comfy diaper bike shorts. My mind began to wander on the long stretches; I had a relationship epiphany and laughed out loud when I thought about all the things I had done and seen on my trip so far and here I was cranking along on this shitty bike in the middle of the Cambodian jungle. Determined as I was to see 2 or 3 more temples, after another coconut I realized I was exhausted from riding and hiking around. By the time I got to the last temple on the epic route it occurred to me that it was a big temple, so without a second thought (in a very unjodi-like fashion) I turned around and started heading home. The only problem was that the sun was beginning to set and there were a lot of nice photo opportunities that I couldn’t pass up; I stopped for another coconut, took a few more photos…yes, I think I had at least 5 coconuts in one day. 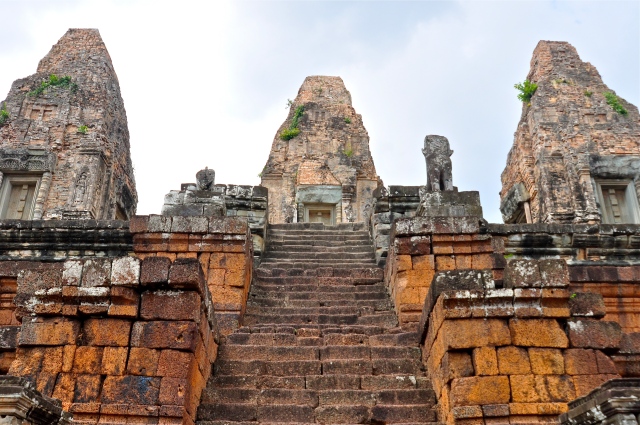 Long past dusk my legs turned on their last ounce of energy before the coconut delirium completely set in and I collapsed with temples on my mind in a foot massage chair. Don’t worry, on Pub Street foot massages are only $1 for 10 minutes and they deliver cold beers right to your seat!