India…I don’t even know where to begin!?

I’ve been in India almost two weeks now, I made my way from Delhi—>Amritsar—>Chandigahr—>Hardiwar (only a day) on my way to Rishikesh. It’s been a whirlwind adapting and everyday is a learning experience.  I’m finally feeling relaxed in Rishikesh and I’ve been able to write and more importantly think. Rishikesh is close to the start of the Ganga (pronounced GONG-ahhhh) River and it’s very hippie dippie with lots of yoga, ashrams, spiritual guides, Ayurveda, healthy non-spicy food, massage and of course cows! Where I’m staying there is only one place with wifi and I couldn’t get a connection; I have a backlog of posts that I’m hoping to get out today! 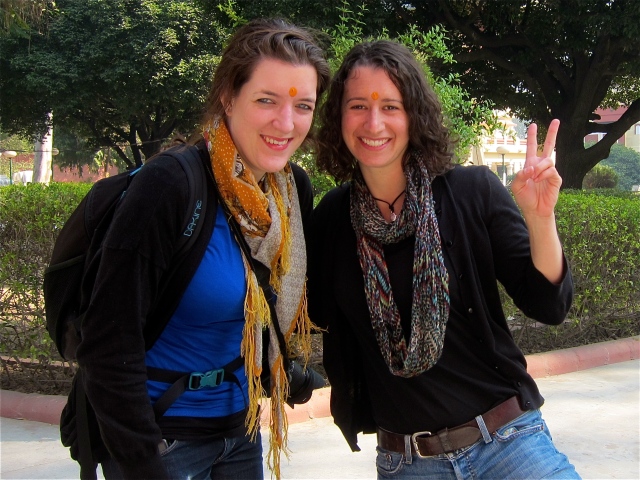 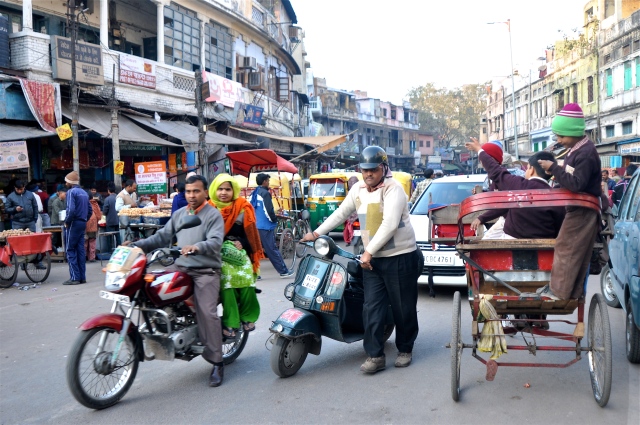 India has been so many things it’s almost hard to sum it up into a few short words. I’ll start by telling you that the first few days in Delhi felt surreal, like I was in a movie. The first time I had this feeling of being in a movie was when I first moved to New York. Every turn I took the things I was seeing, hearing and smelling didn’t seem like they could possibly be real. It’s a very hard feeling to explain, you just have to either understand or accept that I’m not crazy. I arrived to Delhi in the middle of the night, which was probably a good thing. We passed the big fancy hotels on the way from the airport, so when we turned onto the small street and started passing shanty’s and cows I had a feeling of – oh shit, where am I staying and can we turn this vehicle around to find me a room at the Taj?! My room smelled funky and the window was basically blacked out so when I finally woke up all I knew was that it had to be daytime because it was really loud outside. I was a little scared to leave the room, but I got up and got ready. The second I rinsed my toothbrush with the sink water I remembered that you’re not supposed to drink the water and contemplated whether it was safe to use the brush again. I figured one less thing to carry is a good thing (even if it’s just a toothbrush) so I promptly tossed it.  I stepped out of the security of my little hotel onto the narrow alley unsure of what I was about to see. I followed the noise and once I passed the urinals attached to the wall the stench of piss pushed me into the thick of the main bazaar. I was greeted by wandering cows, skinny dogs, hoards of people, rickshaws – tuk tuks – motorcycles and bikes coming in every direction. I didn’t know where to look first; there were people selling everything from basmati rice to blankets, kids cooking fried foods, old men boiling chai, young men chopping fish heads and wrinkled old ladies hocking shiny bangles. 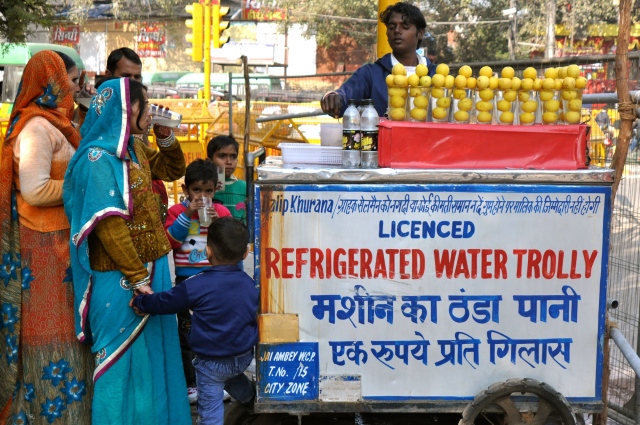 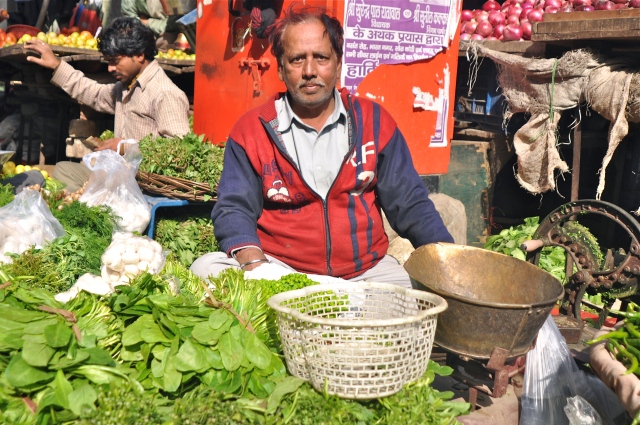 A first time to India wouldn’t be complete without being scammed, so that’s exactly what I did (in hindsight, of course). In my haze of little sleep, little food and even less water in the preceding 48 hours I walked the dusty streets trying to avoid things that looked like cow poo and headed towards the metro where I was told there was a bank. On the way to the ATM, a young guy approached me and said he wanted to practice his English. Rule number one, when someone approaches you in India and gives you a line like “I’m a student and I want to practice my English” be alert. I tried to shake the kid, but he was persistent. I broke the cardinal sin of never telling anyone it’s your first time to India (rule number 2) and when I said I needed a map he showed me right where to find one….in a travel agency office claiming to be part of the official tourism department. Within three minutes the agent wanted to sell me a trip around India. All I wanted was some cash, some food and maybe a map. 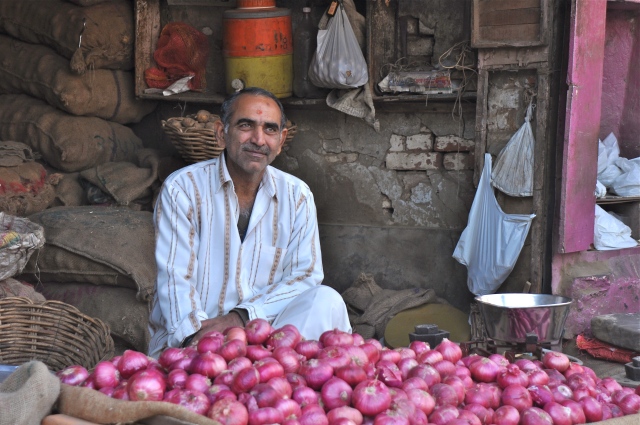 I managed to get out of one travel agency only to find myself in another agency just down the street. For some reason these guys seemed less scamy and more honest. Rule number three, when someone says trust me repeatedly you should definitely NOT trust them. I wasn’t planning on getting a trip in India but I was so freaked out about scams and trains and dirty everything that having a booked tour for the first week or 10 days was sounding like a really good idea. 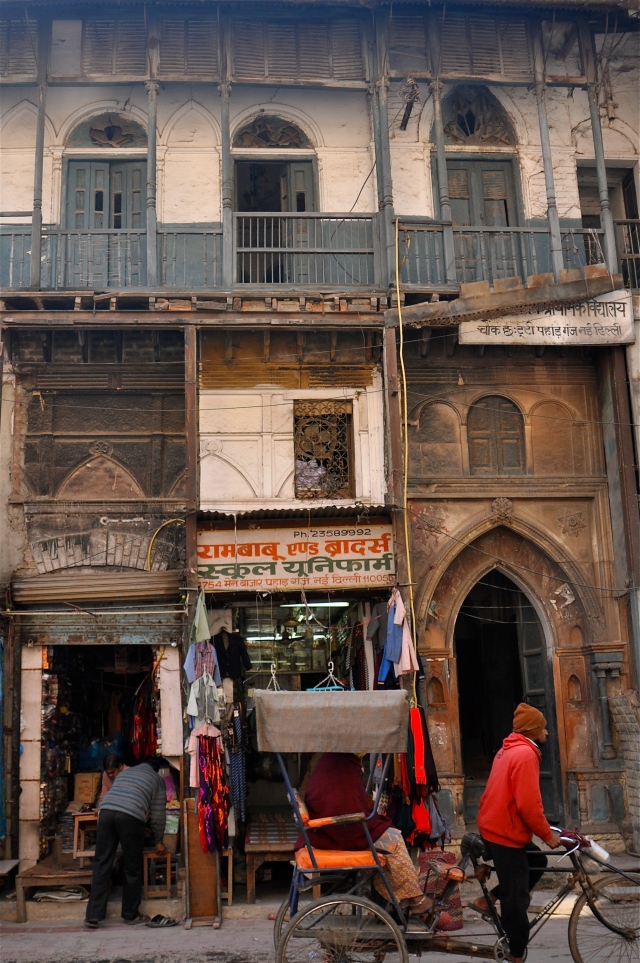 So much happened between the time my credit card was swipped and when I actually left Delhi that I could write a novel. Everything unraveled when I was supposed to go on an overnight train from Delhi to Amritsar and somehow there weren’t any tickets available. I agreed to change my plan from the train to the bus and I ended up on an overnight sleeper bus. Besides the man banging on the windows every two hours to announce a different stop the bus had no heat. I put on almost everything I could find and after freezing for 10 hours I realized that my organized trip wasn’t so organized. 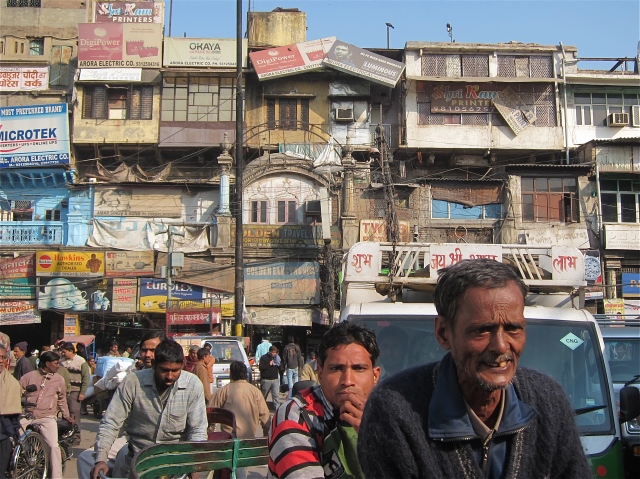 I’m now on my own agenda, off the tour, finding my own way through this crazy fucking country. I’m trying to not get scammed, trying to not be rude when people ask for snaps of me and me alone, trying food that is totally foreign a waaaay too spicy for my delicate system, trying to learn the culture and trying to let things go when they don’t go accordingly because it’s India after all!

12 Responses to India…I don’t even know where to begin!?