I almost married a Bedouin, stories from Jordan… 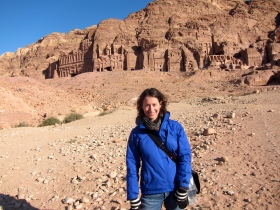 I spent one day in Eilat before heading into Jordan to see Petra. I had planned on hitchhiking (just kidding mom) to the border, taking another car from the Jordanian side and then just winging it from there but after a few discussions in Eilat I realized that maybe a planned tour was a better idea. While practicing my español with a group of Argentinians, we crossed the border and two hours later we were trekking into the Petra National Park. Petra was amazing; we walked through the red rocks that had been gently sliced apart over the centuries by floods. 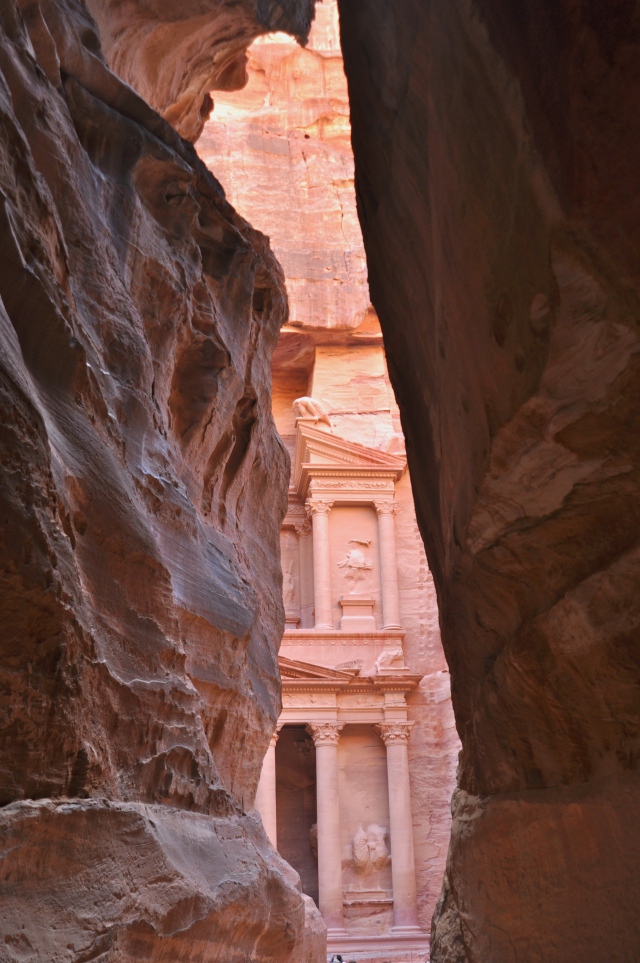 Horses, camels and carts carrying tourists passed us often, but I felt like it was a shame to not experience the royal passageway on foot.

The path to enter the area winds around widens and narrows in several spots until the end when it opens up to the main facade built directly into the massive stonewall.

We spent most of the afternoon meandering through the valley and then doing a U-turn at the end to walk out. 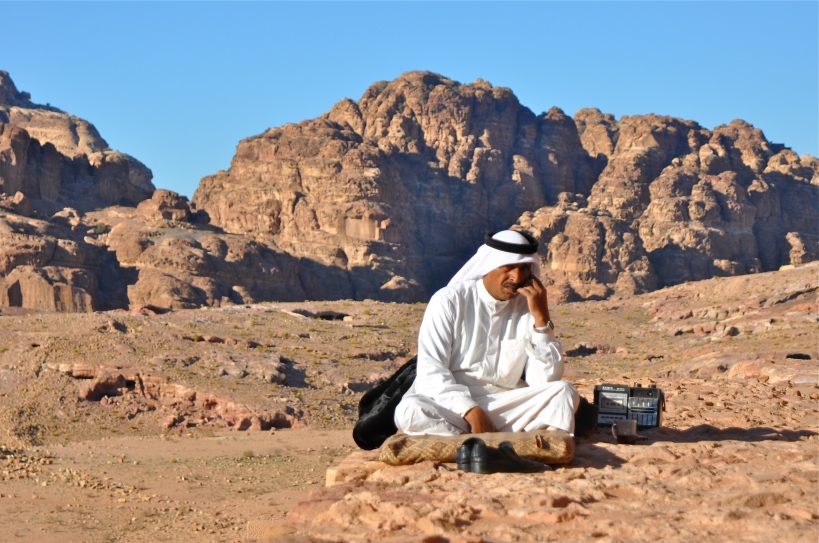 My new Argentinian friends were only doing the day trip but I had opted to stay for an extra day in the Wadi Rum Desert. At some point during our late lunch it occurred to me that I was going into the desert, with a stranger, to sleep in a tent, in the cold. Oh, did I not mention that when we hit the summit of the road to Petra there was snow? Yeah, it had snowed the night before and it was brisk during the day. I figured there must be heaters of some sort, they wouldn’t bring people out to the desert and let them freeze, right? Anyway, I was half joking with the Argentinians about getting kidnapped and forced to marry a Bedouin.  We exchanged emails and asked that if he didn’t hear from me within 48 hours to contact the US Embassy. We stopped for a pit stop and our driver said that this was where we were to part ways.  Sure enough a young Bedouin with a long brown skirt, long tunic top, white head wrap and jeep picked me up. I said ciao to the Argentinians, took a deep breath and got into the jeep. Abdulla spoke English really well, which was a relief because we drove and drove. First we were on the regular road then he turned off and we were on the sand, with the tumbleweed, with no lights, no signs and seemingly no other people.

When we arrived at the “camp” I realized that there were no other guests.

This is when I thought for sure I was going to be forced to marry the Bedouin and live out the rest of my life in a tent with sand perpetually in all my crevices. We had some tea and a fire and watched for shooting stars because when you’re in the middle of the desert, with no electricity, in the middle of the Middle East what else is there to do? At this point Abdulla seemed to think that I wanted to make out with him, which I didn’t. At the time I thought it was hysterical that this kid was trying every play in the book, eventually I had to be straight and say “it’s not you it’s me…”!

BTW – My tent did not have a heater but it did have a bunch of blankets and I knew if I got really cold there was a Bedouin just a few tents away.

The day in Wadi Rum desert is magnificent; it’s like Utah, on crack, but even better!

There are wild camels 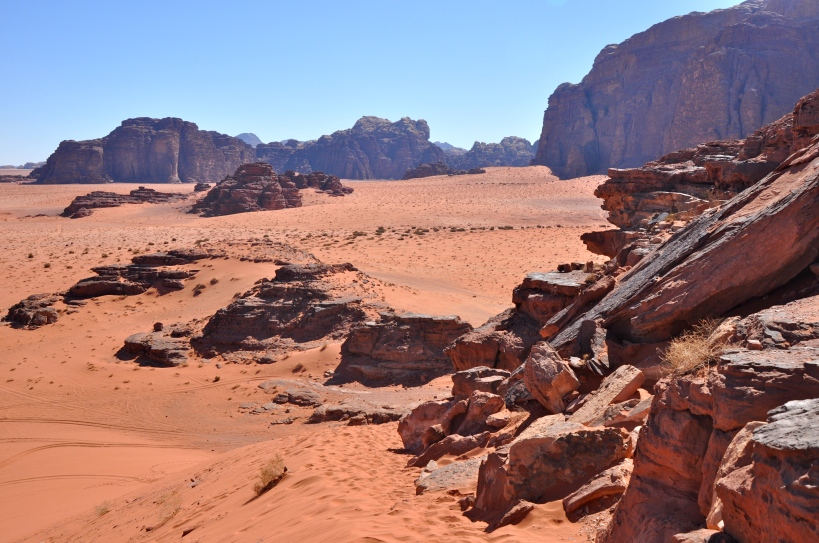 and amazing vistas as far as the eye can see.

Driving though the desert was glorious, it was like having the most delicious red velvet cake that you want to savor but also want to devour all at once. There is an incredible energy in the desert that made me want to stay; but as all good things must eventually come to an end I was shuttled back to the Israeli border with only my memories, the red sand in my shoes and the photos which do not do Wadi Rum justice. 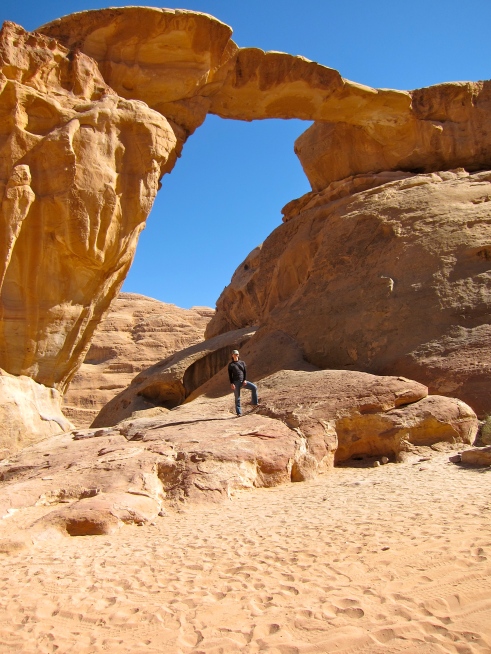 6 Responses to I almost married a Bedouin, stories from Jordan…