One too many overnight buses and couple pomegranate juices later I found myself deeper into the center of Turkey. By the time I arrived at Ephesus I was at the point of, you seen one ruin you seen ‘em all… I was on a guided tour and my tour guide was also at that stage. We wandered around the ancient city, got a little information when the guide felt like we were worthy and took a bunch of pictures. Luckily, I had some interesting people on my trip and we were able to enjoy the area together. Ephesus is in the Selcuk area of Turkey and dates back to the Neolithic ages 6000 B.C.E and in ancient times was a port city but the water has long since receded. As a designer I’m always looking for the small details because I feel like that is what makes a project standout. The mosaic floors that have been unearthed, which were part of the ancient “mall” or market area, are incredible and complex; each stall has a different motif adorning the front walk which probably was an early way to show who was selling the best toga and who was selling the most delicious olive oil. 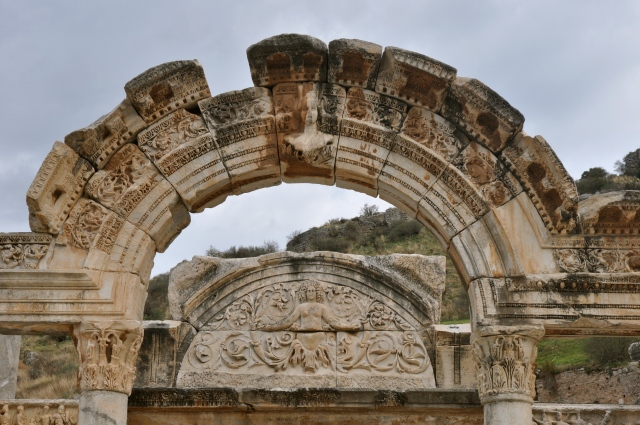 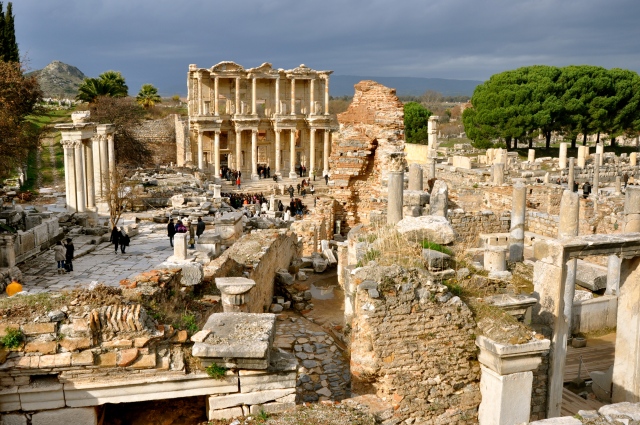 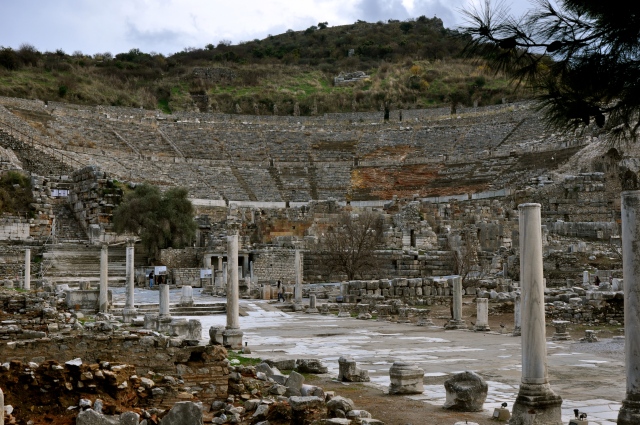 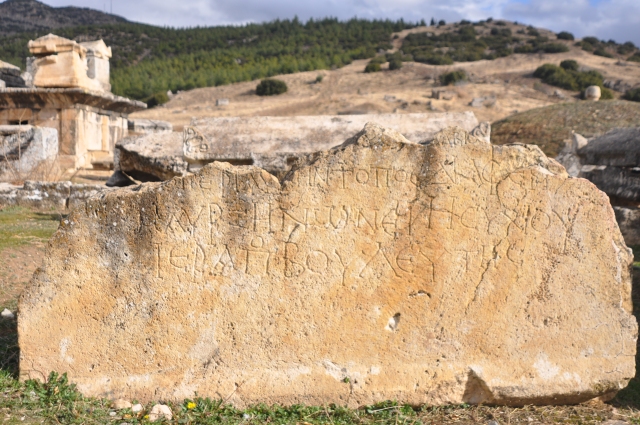 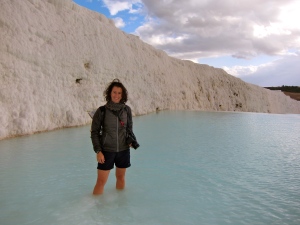 My second tour in the central region was Palmukkale and the ancient Roman city of Hierapolis. I had high hopes for Palmukkale; everything I’d seen portrayed the area as a mystical and serene limestone landscape. Little did I know but most of the photography used of the area is from the 70’s and 80’s when there weren’t any rules about entering the various pools of water. The pictures showed people frolicking in in crochet bathing suits and speedos (this should have been my first clue).

Now days there are strict rules about where you can and can’t enter the water, not only that but they restrict the water flow and clean the pools. I know what you’re thinking, how could this be bad? Today, all you can do is take off your shoes, role up your pants – or in my case unzip my fly zip off pants and gradually walk up and down the designated areas. Side note: A few days prior to my arrival in Palmukkale I jumped off a rock in Cappadocia and landed in a way that made tears come to my eyes and caused me to swear like a Turkish sailor. Anyway, the water in Palmukkale is supposed to be very healing and restorative so I was hopeful that it would heal both my newly injured foot and my pre-existing condition. 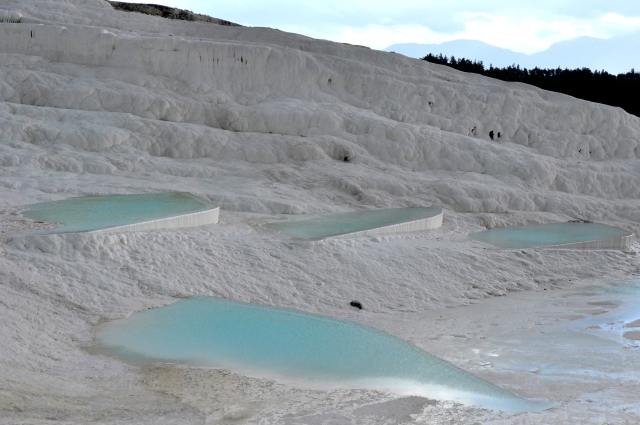 I dipped my toes into the warm spring water and let the fine stone sand squish through my toes; I took my time wading through each of the pools until I made it down to the bottom. I was with a few girls who were on the tour so we did our own form of restricted frolicking and continued back up to the top. Everything was going according to plan when I decided I wanted one last dip in the deep end. Instead of walking around the ledge I opted to take one big step up to climb over.

The slippery black algae had other plans for me and within an instant my shin smashed into the limestone, my free hand scraped the side of the ledge and my camera got an unexpected rinse in the crystal clear blue water. It happened so quickly, but I stealthfully pulled out my towel to dry the camera and at the same time removed the battery and the SD card. Needless to say my final dip in the deep end was over before it started. Apparently, the water was healing because both my feet felt a little better and I ran up the hill just in time to catch a glimpse of the theater. The sun was fighting the dark clouds to shine through as I slipped back into the bus unscathed with all my limbs and camera attached.