Did you know: The Emperor, Shah Jahan, built the Taj Mahal for his wife when she died giving birth to their 14th child? I guess third time’s a charm because “The Taj” is actually a Tomb for the man’s third wife; she sleeps dead center of the structure far below the ground. After being imprisoned, by his son, the Emperor also died and was put to rest beside his wife just off center of her tomb. How romantic!

I don’t think a first time jaunt to India would be complete if I didn’t see the Taj Mahal. Yes, it’s touristy and yes it’s over priced (750 Rupees = $25) but it’s the Taj Mahal after all! I arrived to the backpacker’s ghetto in Agra late in the day, checked into an overpriced guesthouse and made my way to the closest rooftop restaurant I could find. I had my first glance in the distance, through the trees, of the Taj around sunset and although the sky was hazy the magnificence of seeing one of the greatest pieces of architecture was inspiring. I sat for a while mesmerized as the monkeys jumped from building to building and the cows were herded through the streets below me, this was one of those places that I always wanted to see in person and I had finally arrived. 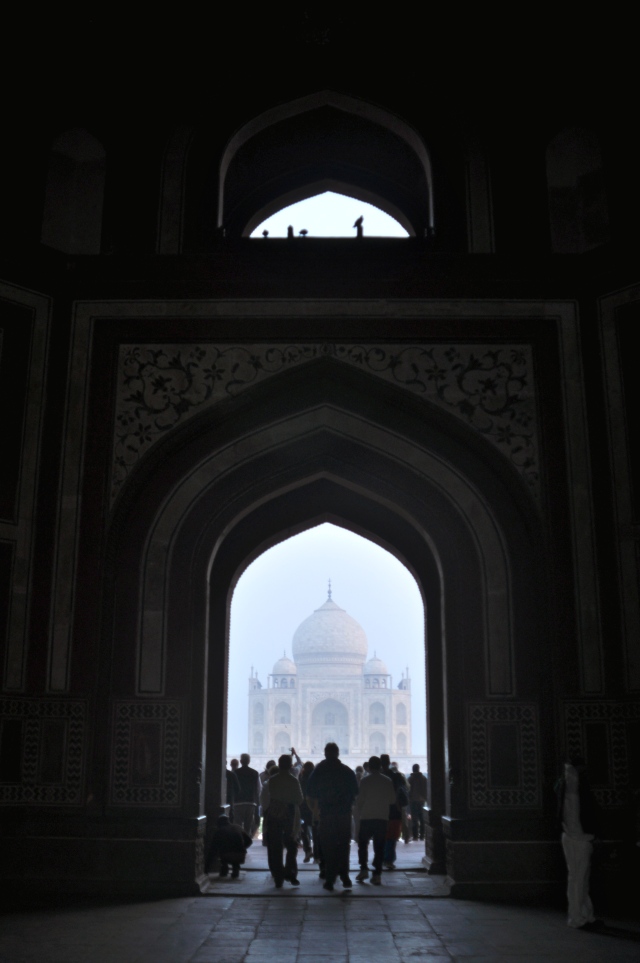 I rose well before sunrise the next morning, as I wanted to catch the Taj in the morning light. After patiently waiting in the queue for tickets and then for security I passed through the first of two entry gates; the Taj was framed so perfectly between the second immense gate that it took my breath away and I wished at that very moment that I could keep the memory of how I felt with me forever. It didn’t take much before I was pushed out onto the main platform where hordes of other tourists were starting to take photos of themselves. People were doing everything imaginable; trying to catch a photo midair, pretending to touch the top of the minarets and other silly poses that only tourists can think to make. I stood for a long second and just admired the elegance and beauty of the structure; the presence around the Taj was still calm, the trees still engulfed by the night air as the sun hadn’t peaked above the walls and the swarms of people had yet to stir from their slumber. I slowly made my way closer and closer to the building noticing how the perspective changed as well as the light as the sun began to rise behind my back. 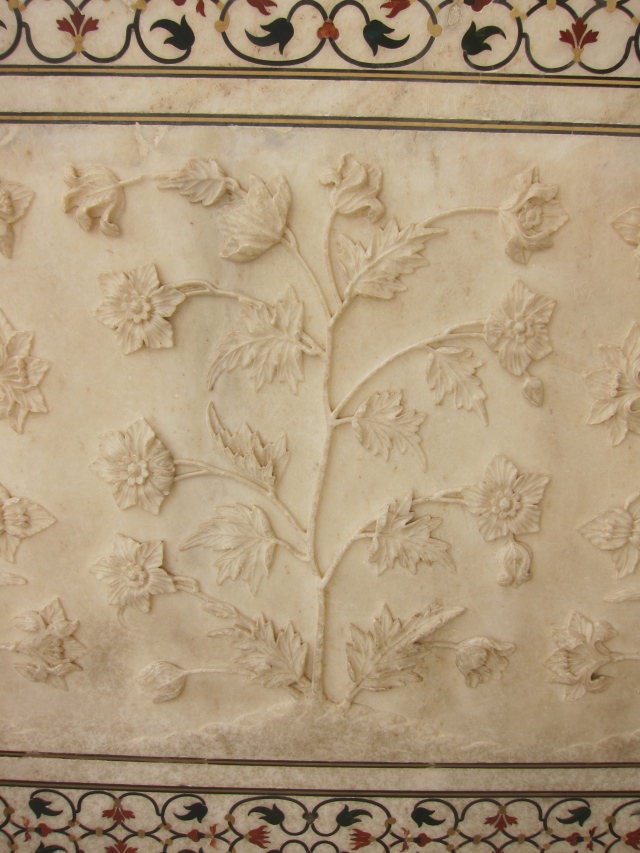 When I was close enough to touch the building I stood admiring the marble work that took 17 years to complete, the building only took 5 to construct. The inside of the Taj was just as intricate and elegant, built with such craftsmanship that only an emperor in love could conceive. 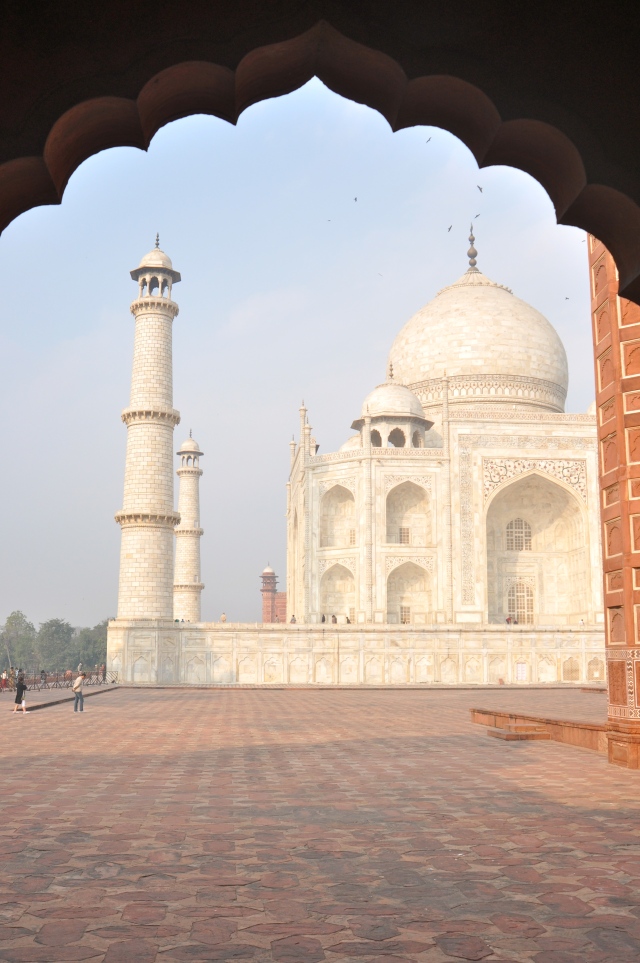 I spent some time wandering around the grounds taking photos from different angles and being suckered by a young kid. He showed me all the “good” spots to stand and where to capture the Taj through various arches and then proceeded to ask for 200 Rupees. I think I gave him 50 since I hadn’t asked for his advice and wasn’t really paying attention.

When I heard my stomach rumbling and caffeine withdrawal headache starting to creep in like the sunrise I headed for my rooftop and enjoyed the Taj over breakfast. I was able to see the Taj from a distance at sunset as well as from another palace but nothing would compare to that first experience when my breath stopped and the world stood still for that one moment of awe.