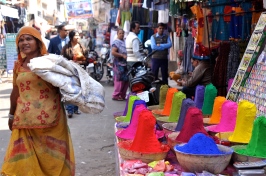 A gentle mix of  Boulder, Colorado and Haifa, Israel in a little Indian village really hit a soft spot. I don’t know if I was craving hummus or missing patchouli but the mixture was irresistible. One day turned into four and I got to know all the hidden corners of this little town barely on the map. 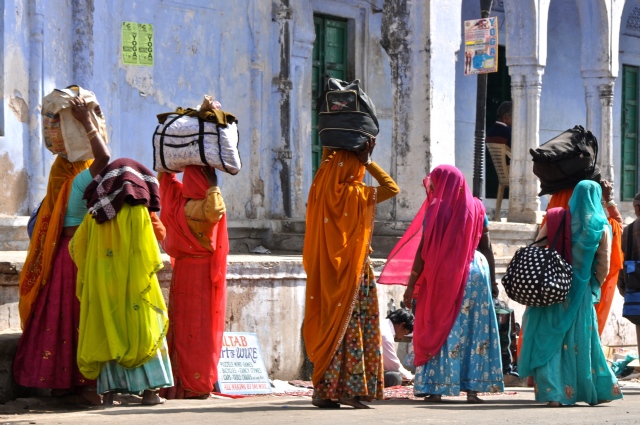 Heebs aka Israelis are widely known for escaping the motherland after their compulsory service in the army and paving the hummus path through India. Why India or better yet, why Pushkar? Because it’s cheap, a friend of a friend went there and let’s be honest there are lots of extra curricular activities widely available. There are falafel restaurants vying for customers, a chabbad house and non-stop chhhhhebrew being spoken at every corner chai shop.  I felt right at home since I had just left Israel and my own army experience. 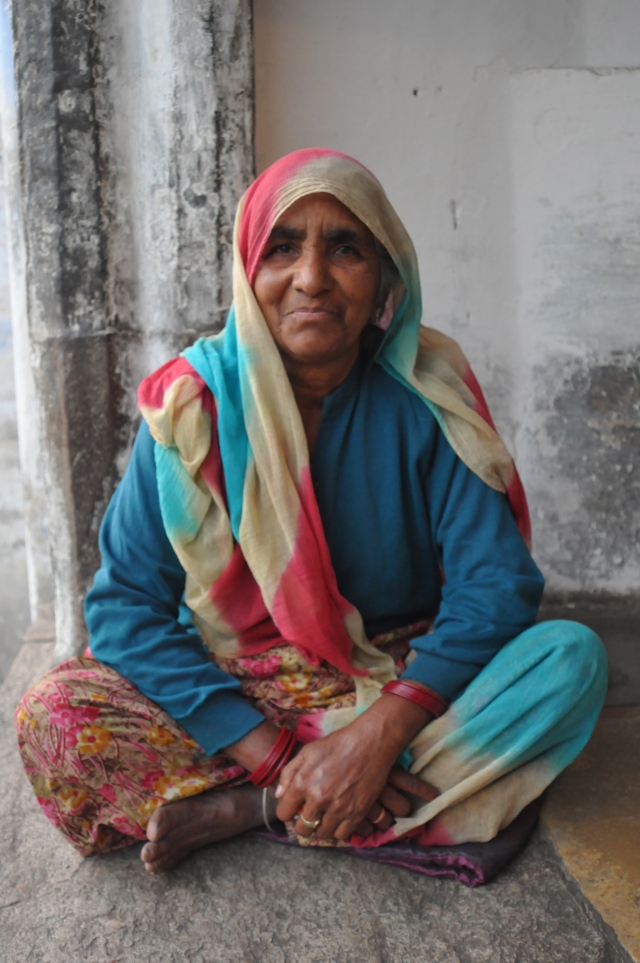 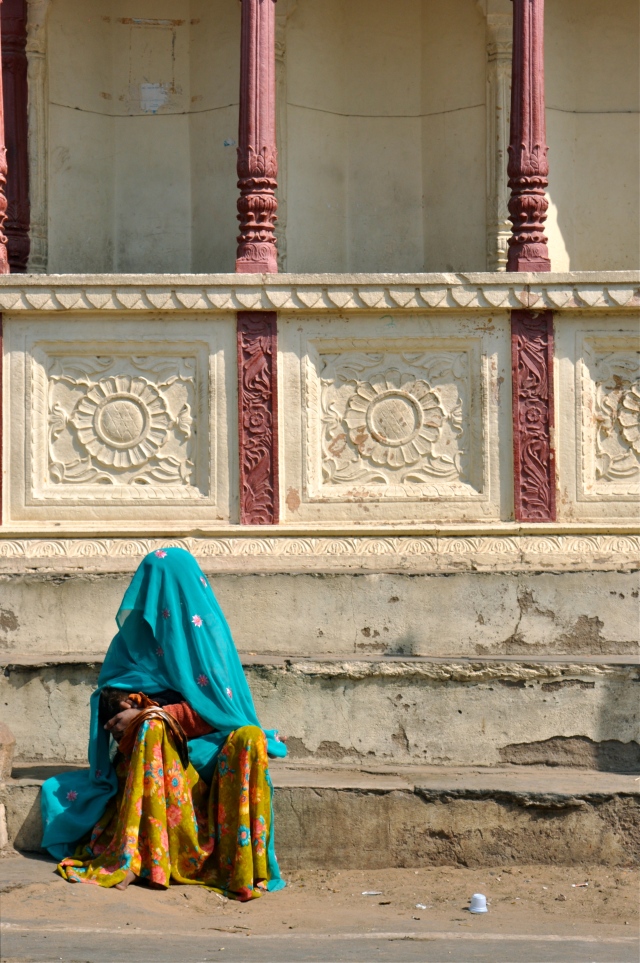 There is a blurry line between the heebs and the hippies but the hippies are a breed of their own. These modern day hippies come to Pushkar as a place to manufacture, export and avoid 9-5 desk jobs back in their own homes. It’s a town hustling cheap handmade clothes, jewelry and other accessories down every narrow street. I felt out of place without any piercings, dreads or tats but all the people were a lovable. Men and woman alike wore leather fanny packs, I have to admit stylish and handy I almost took the plunge. Many of these people had babies and small children (in tie die), toting behind them saying namaste; I don’t know if the kids where also drinking and eating “special” treats but they were unusually chill and well-behaved.

Working on yourself isn’t hard when there is yoga, massage and reflexology practically being thrown into your lap. I found a yoga class that took place in an open studio overlooking a quiet field; the instructor gave adjustments of the poses as well as life lessons which can only be absorbed after a 90-minute class. I had a “typical” Rajashthani massage that consisted of an older woman directing me to undress and lay on a random matt in her house, unabashed I did as I was told and had an ok massage. Dr. Mattews, the reflexologist, prodded and pushed on spots that sent my nerves wailing – I paid to have it done more than once. 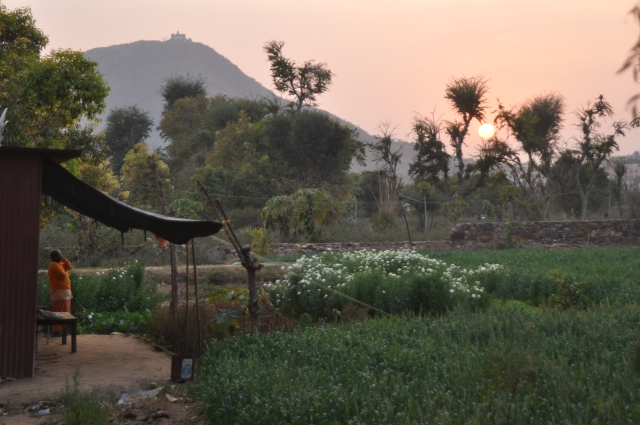 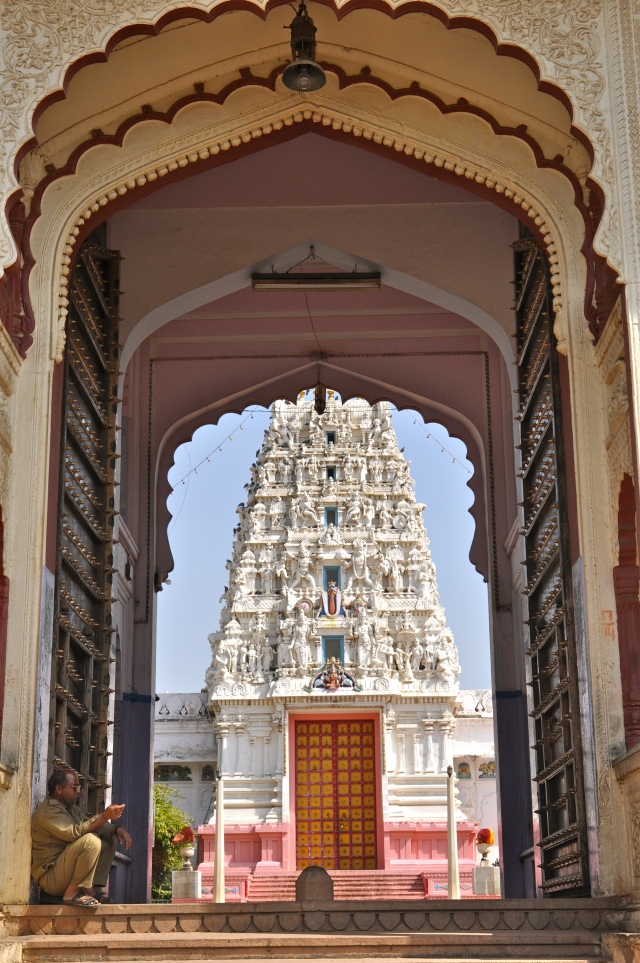 Then there are the Hindus, the natives who actually continue to remind people that they are still in India. There are the sadhus lining the lake praying and offering to the gods, the many temples hosting pilgrimages of people from around India and there are the weddings. I happen to be in India during marriage season. These people do it up, even the poorest. They dress in brightly colored saris, adorn themselves in henna and parade through the town clogging up the streets and playing music very, very loudly day and night. I got caught in the middle of one during the day and was so happy to finally snag a piece of the action in the daylight. 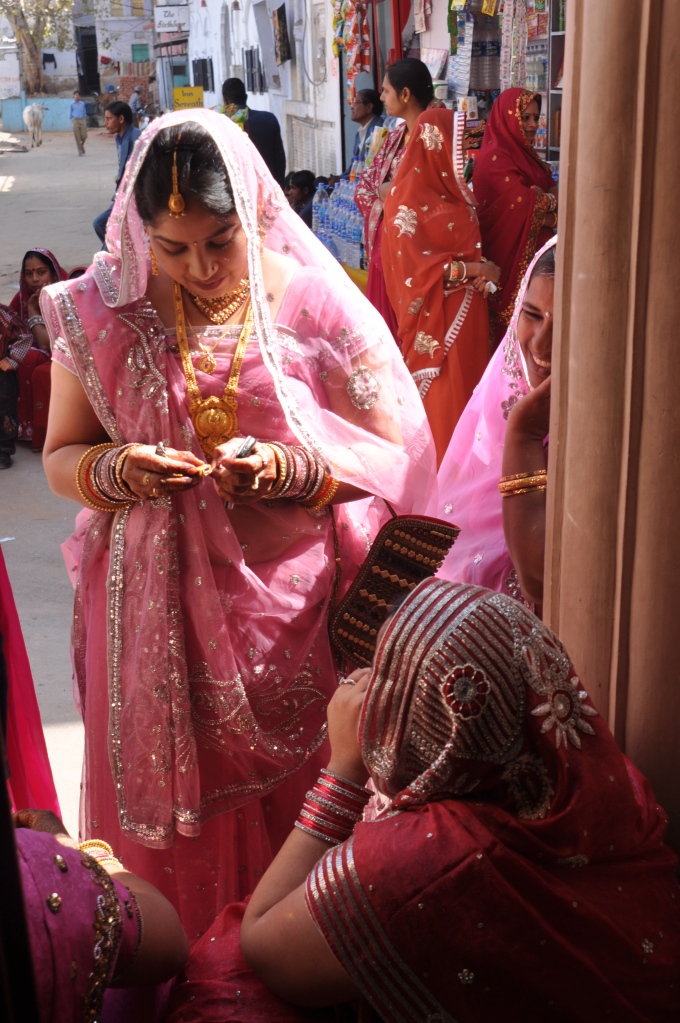 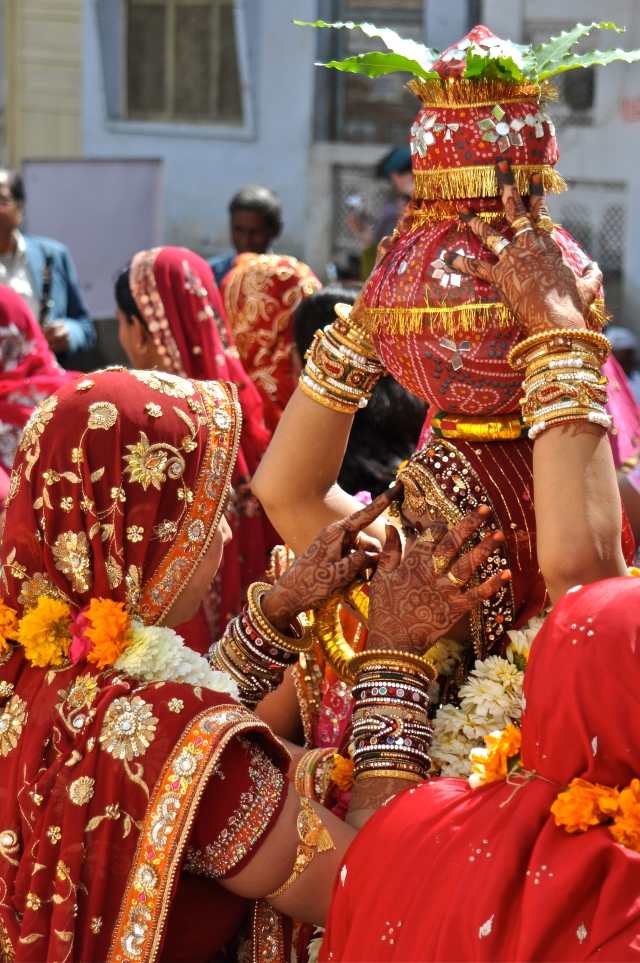 The blend of Heebs, Hippies and Hindus made Pushkar one of the most unexpected few days in India –go for the hummus, go for the special treats and most importantly go to see the fusion…oh yeah, there is a huge camel festival that is wildly popular but I was a few months too early.